A Few Reasons to Not Charge Your Smartphone in the Car 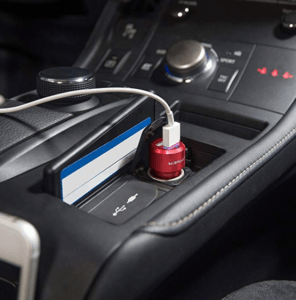 It might seem like a convenience worth building into your daily routine – whether you’re in for a long morning commute or a short ride to the train, charging your phone in the car seems like a no-brainer. But according to certain statistics, it may be doing your smartphone more harm than good.

Too much power
According to Brad Nichols, a technician at Staymobile, most phone chargers use 1-3 amps. The average cigarette lighter port, however, supplies up to 10 amps. This could result in too much power for your smartphone, which could overheat the phone or damage some of the phone’s internal parts.

Not enough power
By contrast, the USB port in your car might not provide enough electricity to sufficiently charge your smartphone. When you’re commuting to work, from example, you might notice that your phone didn’t charge (or charged just a little) during the drive. As Nichols articulates, “This is mostly due to the fact the phone is using more power than the car charger is supplying it.”