A Viennese Cafe Bills €1 For Charging Phones or Tablets 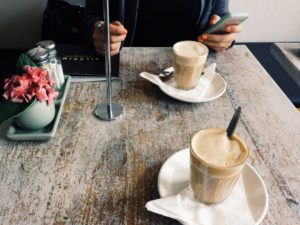 Charging up is no joke anymore. In Vienna, Austria, people are apparently using so much electricity to charge cell phones or tablet that certain establishments simply can’t afford it any longer. And, what’s more? The famous Hundertwasserhaus in the 3rd district is billing their customers after the fact, without telling them in advance that they’ll have to pay for charging.

One customer was so riled up she posted on Facebook about it — specifically, a photo of her bill that includes the “electricity” charge from the cafe. The manager of the cafe stated that if a customer uses an outlet for more than 2 hours, then he’ll add one Euro to their bill.

Legally, an establishment like this can charge extra for use of electricity. Legalities aside, however, is it truly ethical? How often do you charge your devices in cafes or public establishments? Tell us your thoughts in the comments section below.